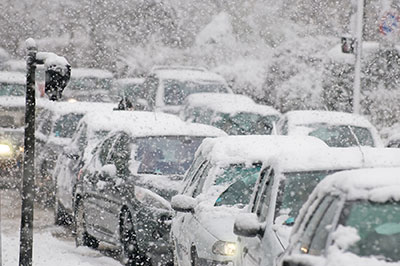 This winter, record cold and snow have taken quite a toll on our daily routines.  For example, earlier this month, the New England region was on high alert for a possible blizzard with expected snow totals of 1 – 2 feet and wind gusts of up to 70 miles an hour.  Schools, state and local municipalities, businesses, and roads were closed and state of emergency measures implemented.  However, in spite of this readiness, the blizzard did not fully materialize in every state, as predicted.  In response, some took a dim view of this outcome and blamed it on “weatherman hype” rather than Mother Nature changing her mind. Not us.

We, on the other hand, applaud the seamless and well-orchestrated communications plan that was executed, particularly considering the potential destruction and harm a storm of this magnitude could have caused.  Communications between the national and local weather services were conveyed early and often.  The communication coordinated between these weather bureaus to our state and local politicians down to the media, first responders, public works services and the public, was without question, impeccable.

So we didn’t have the snow levels or wind gusts that expected.  But what we did have were fewer car accidents than when the weather is clear.  And why?  The message was consistent and communicated early and often.  The results: a well-informed public. This, in my opinion, is a fabulous example of a well-implemented and effective communication plan.

Are your communication efforts as effective?